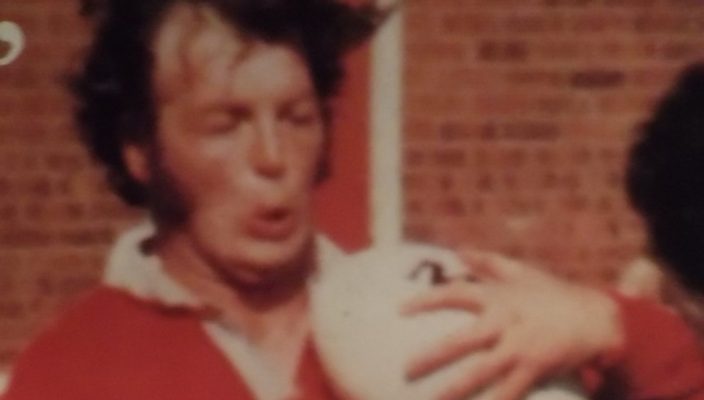 Leigh Miners are in mourning following the passing of club stalwart and former player and coach, John Cooke.

A powerfully built centre or second row, he was a founder player of the Miners back in 1968 when joining the club from Hope Rangers, and he went on to play professionally for Batley and then Swinton Lions, before returning to the Twist Lane Club.

There he played for the Miners first team in numerous County and National cup successes and then moved on to be the Head Coach, before settling down to operate upon the club’s Management Committee, which he served until just over 12 months ago. John was one of the first inductions into the club’s Hall of Fame.

He was not only a rugby club stalwart but also a keen member of the Miners Bowling club in later years, and a regular on the touchlines whenever the Miners teams were playing at whatever age group.

His life-long friend, Mick Fairhurst had been the club’s secretary and eventually the Club chairman, and he was devastated by John’s death. “It all came so suddenly.” Reflected Mike. “He was taken ill on the Wednesday, and sadly left us on the Saturday. He had some health issues, everyone who knew him is still shocked and saddened, as he was only 71. All our thoughts are with his son Danny and his daughter Joanne and his grandkids, as well as two brothers and sister.”

Of John’s long service at the club Mike had this to say. ” People have forgotten what John has done down at the club, because he has done so much. As a player he was tremendous. He was skilful, powerful and his pace was exceptional as heoften surprised the opposition as he hared away from then for another try.

“He was the master of the one-liner and never failed to show his dry sense of humour. He was a player then player-coach and finally a coach, and throughout he served on the committee. But he was also there when other jobs needed doing,such as the building of the new changing rooms, the maintenance of the pitch and its markings and a thousand other small jobs that needed attending to in the club.

“I have known him since we were young lads, for over 60 years at least, and we have knocked about together, holidayed and played or been involved in rugby together for all that time. It is such an upsetting time, and he wil be sorely missed.”

The current Chair of Leigh Miners, Jeff Gorse added.” John was always supportive of me personally both before and when I took over as Chairman, and he was Leigh Miners through and through. I know he also played prominent roles on the Welfare Management and Bowling committee, but the respect that he had within the club from past and present players was remarkable. He was always around the club and his parting leaves a huge hole in the Leigh Miners community.”