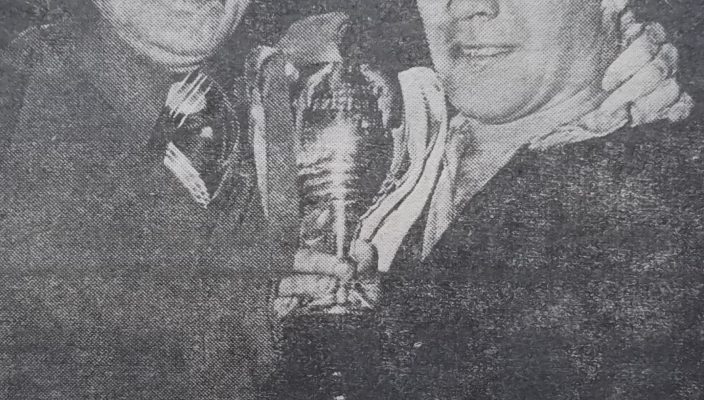 As one of the most colourful characters in the game, Alex Murphy has never been short of a sound bite or two, but when he described his 1976 encounter with Miners as “his worst nightmare” he was in deadly earnest as the amateur side had come within minutes of securing the biggest shock in the history of the Challenge Cup.

Things had been far more congenial less than two years earlier as Murphy, head coach at Warrington, was the guest of honour at his own Wilderspool ground to witness the first-ever BARLA National Cup final between home favourites Latchford Albion and the Miners. In front of a crowd of over 1,500 Miners built up a 7-2 interval lead despite having Charlie Warburton stretchered off. The Dowling twins Robert and Paul turned in an inspired display with the latter scoring the opening try, goaled by John Sale, who also added a drop goal in the first half. Latchford replied with a Steve Doherty penalty before the Albion back rower was sent off. Despite the man disadvantage the Warrington club hammered at the Miners’ line in the second half and were back on level terms through and Andy Pownall try and Don Wernham goal, but Miners rallied to regain the lead through John Whittaker, Sale adding the extras to restore the five point margin. Although Paul Dowling then saw a try disallowed Miners had done enough to claim the trophy, presented to Paul Dowling by Mr Murphy.

Two years later though and Murphy wasn’t in the position of neutral observer but instead caught up in the thick of the action on 15th February 1976 as his Wire side, Challenge Cup finalists the previous season, were given the fright of their lives in this titanic cup clash. In an added twist ex-Miners favourite Tommy Martyn, a star of the side as a teenager in the formative years of the club, was in the pack for Warrington whilst John Whittaker was destined to sign for the Wire following this game, going on to play over fifty games in the famous primrose and blue of the Wilderspool outfit.

Whilst the Warrington programme notes suggested Miners’ hopes were no more than a “pipe dream”, coach Murphy was more cautious, stating “I am under no illusions that we must go into this game with our wits about us.” Even so, few in the 4,285 crowd would have been expecting much more than a procession for the home team against the lowest-ranked side remaining in the competition.

In the early stages both sides struggled with injuries, Warrington forced to bring Martyn off the field with an ankle injury and Miners reshuffling as Les Cooke was forced hors de combat but this merely brought Paul Dowling into the fray and once again revelling in an appearance on the Wilderspool turf. With Barry Hewitt and Philip Rowe completely overshadowing the Wire duo of Glen Knight and Alan Gwilliam, the scores were locked at 7-7 at the interval. Knight did open the scoring for the hosts, dummying over from the blindside of a scrum and then Derek Whitehead adding a penalty goal for offside, but the amateurs were back in the contest when Paul Dowling took play just metres short of the line and Rowe put Whittaker over for the try, John Roberts goaling. Charlie Warburton then had a try claim disallowed for forward pass before Roberts’ penalty put Miners ahead for the first time but in a mirror-image of that spell of play Wire also had a try disallowed for Whitehead after a forward pass, before the Wire centre levelled matters with a penalty moments before the half-time hooter.

If anyone expected Miners to run out of steam after the restart they were swiftly disabused of that notion, although Whitehead did nudge his team back in front with a penalty. However just minutes later some individual brilliance from Hewitt beat two men and committed the fullback Derek Finnigan before putting Robert Dowling away for the try. Roberts added the goal and incredibly the amateurs repelled all attempts by the home team to get back into the game. John Bevan was bundled unceremoniously into touch as he tried to find a way through but Whitehead added a penalty to reduce the deficit to one point as referee T Beaumont began to give a string of penalties to the home side. Finally the pressure told and it was that man Whitehead who with minutes remaining showed his class to side-step through for the winning score, adding the goal himself, and although Miners had a last hurrah as Hewitt was pulled down just short, it was an ashen-faced Wire and their relieved head coach who had emerged victorious, although the former Wales RUFC star Bevan was quick to pay tribute to vanquished opponents: “I knew it wouldn’t be easy. Miners had all to gain and nothing to lose, while we were risking all our reputations – and reputations certainly didn’t matter much to these Miners.” 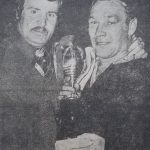 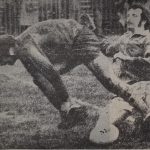 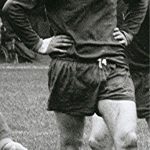 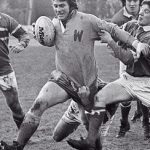