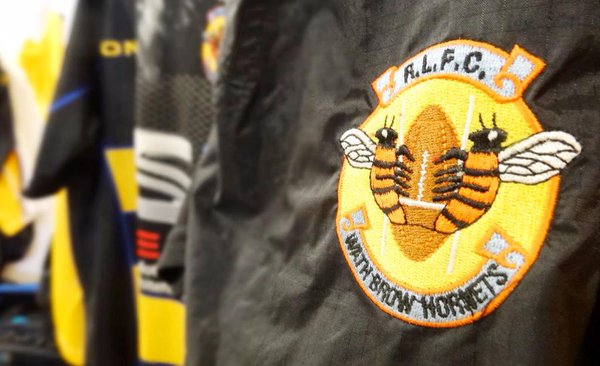 Leigh Miners travel to West Cumbria for the second week running on Saturday, to take on Wath Brow Hornets in Round 12 of NCL Kingstone Press Cider Premier Division, Kick off 2-30pm at The Club House.

Miners make the journey North on the back of a 30-10 defeat away at Egremont Rangers last weekend. The scoreline slightly flattering the home side at full time despite being deserved winners, with Miners again being their own worst enemy by turning the ball over way to cheaply throughout the game with poor skills and decision making.

This weekend at Wath Brow the team selected know that they must be tougher in defence, have a lot more respect for the ball and make sure they get to the end of their sets, because if they don’t they will be for a very long afternoon against a good Hornets side who have a excellent record against Miners on home soil.

Coaches Allan Coleman & Paul Whitworth are forced into making eight changes from the side that lost at Egremont last weekend, missing the trip to Cumbria are Chris Bower (injured), Aaron Gorton, Martin Gray and Mike O’Boyle who are all away on holiday, along with Mitchell Cox, Jake Ellis, Frankie Halton and Mark Nicholson who are at the Parklife music festival.

Speaking about last weeks 30-10 defeat at Egremont Rangers, coach Paul Whitworth said “It was a really disappointing performance from us, after making progress for the last four or five weeks.”

“We somehow lost our structure, our basic skills, our confidence, but more importantly for me we lost some battles.”

“After the game there was no magic solution or words promised, we had to look at the players and tell them they simply have to be better.”

“Over the next half of the season we need to win, especially every home game, The pressure will be on and we need to pick up points.”

On this weeks game against Wath Brow Hornets, Whitworth added “This week brings more challenges, we are travelling to the far end of Cumbria for the second successive week, we’ve holidays, injuries and lads at a festival with a couple of players back for us.”

“Our focus has to be on getting back to executing the basics right and making the extra 1% efforts.”

“If we do that, we’ll perform, but it’s going to tough and we need to turn up prepared and ready for that.”

Wath Brow Hornets go into Saturdays game on the back of a heavy 52-12 defeat away defeat at champions Siddal last weekend, Brow being well in the game early in the second half before being put to the sword by a rampant Siddal outfit.

Ian Rooney’s men will no doubt be looking to bounce straight back from only their second defeat of the season this weekend against a struggling Miners side, The Cleator Moor outfit knowing a victory would keep themselves in the mix with Siddal and Thatto Heath at the top of the table.

Leigh Miners second team are at home on Saturday against Hindpool Tigers in the league (NWML Division 1), Kick off 2pm at Twist Lane.

The u18s game against Thatto Heath Crusaders as been postponed due to a number of players from both side being involved in the England Community Lions trial at the weekend.

Leigh Miners Ladies travel over the Pennines to Leeds on Sunday to take on Stanningley in a Women’s Premier Division fixture.