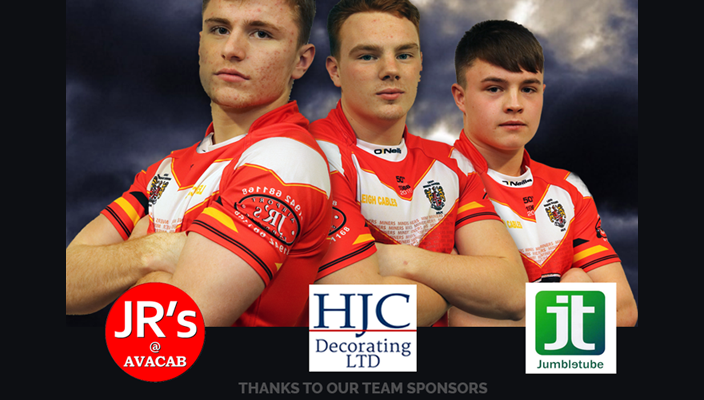 Miners Rangers under-18s booked a place in the Lancashire Cup finals day at Leigh Sports Village on 1st October with a thrilling win over league champions Wigan St Judes, and ahead of that showpiece occasion against Thatto Heath the team have secured two significant sponsors for the big day. Coach Tom Wood explains: “We are delighted and extremely grateful that both HJC Decorating Ltd and JumbleTube have agreed to support the boys in the final alongside our main under 18’s sponsor JR’s @ Avacab. The boys are looking forward to getting out there on the 1st of October and it’s fantastic to see these local businesses backing them in their quest for silverware. We would also like to thank O’Neills sportswear for all their help in getting the polos and jackets designed and ordered in such a swift manner. I hope the people of Leigh get down and support the boys in what will be a huge occasion for them’.”

HJC Decorating are interior and exterior designers based in Bolton whilst Jumbletube are online advertisers and we would like to thank both new partners for supporting the team for the Final and we would like to also thank JR’s @ Avacab for their continued massive sponsorship support again this season.

Full details on the finals day will be announced on our website. The day will also involve the Academy under-13s in action, the latter against unbeaten league winners Rylands with a 10.30am kick off at Leigh Sports Village.

Meanwhile four members of the team, Will Ashworth, Todd Fenlon, Louis Brogan and Robert Crompton have been selected for Lancashire youth county honours, coached by Allan Coleman and Tom, who explains: ”First of all well done to the 4 lads selected, it is fantastic to see your season at club level has been rewarded with County honours. Originally we had around 40 players in the train on squad and we have now narrowed it down to a final 21 players which is testament to their hard work and dedication in being selected for their county.  We now look forward to representing the county of Lancashire and also The Miners in the Tri-Series starting in November against Yorkshire and Cumbria.” 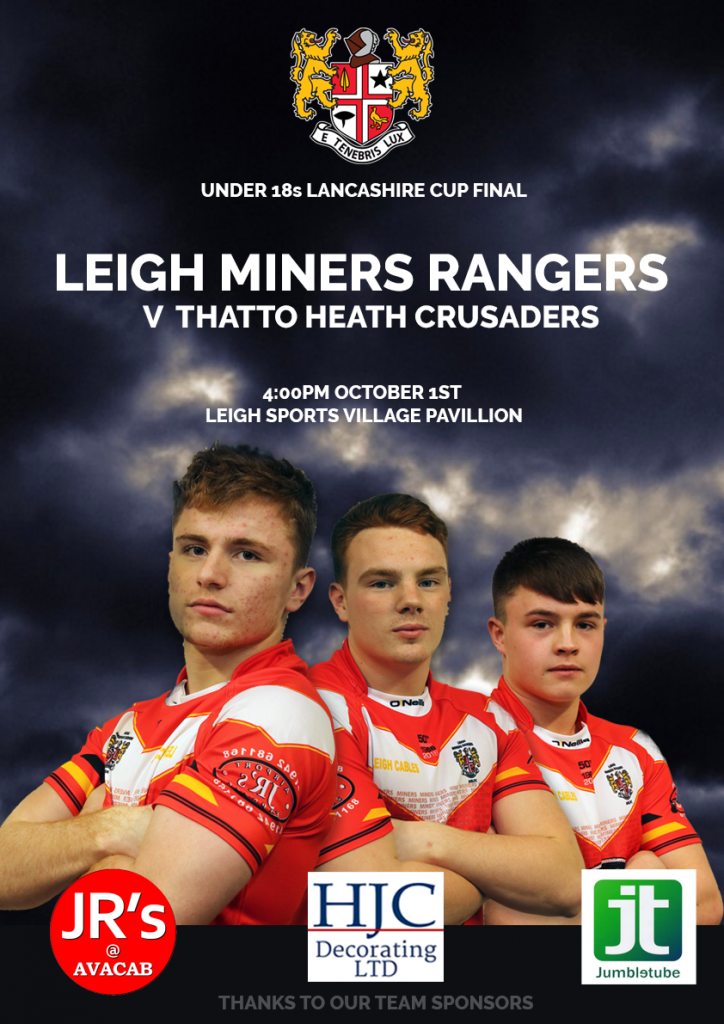