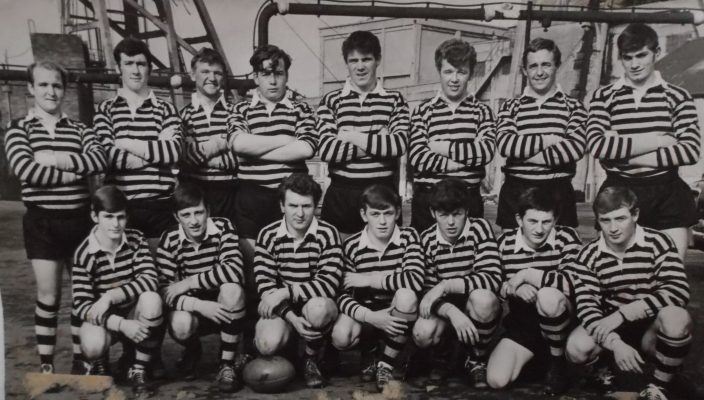 Nowadays with sponsors, new kits and leisure wear, amateur rugby might appear awash with resources, but back when Miners were founded in the summer of 1966 it was a very different state of affairs. Back then, players and staff had to beg, borrow and delve into their own savings accounts to purchase the most basic of requirements as the club were accepted into the Warrington & District League. The first strip, a blue and black arrangement previously used by the defunct Lilford Rangers, was bought by Rod Raines for £16 10s with his own money, whilst a deal was struck with a local bus company to provide transport to all away matches at a set fee of £3 per journey. However one key piece of equipment was missing – a rugby ball!

Rod initially paid a visit to Leigh RLFC, coached at the time by World Cup winner Gerry Helme. The former Warrington and Great Britain star opened a Hilton Park cupboard replete with balls of varying degrees of antiquity, with even the most serviceable of the offerings having the bladder peeping through the stitching. Nothing daunted, Rod’s second port of call was Entwistle’s Second Hand Shop, where a more appropriate ball was purchased for the sum of 10s.

Not surprisingly this ball, the only one the club possessed for the 1966-7 season, was worth its weight in gold to the Miners, never better illustrated than in the League Cup second round tie at Twist Lane against Crosfields Recreation on 18th March 1967. With Miners holding a narrow 12-7 lead in the closing minutes of the game, the Soapmen won a penalty and kicked the ball into touch towards the Miners’ line – and over the fence into the canal. With the ball drifting determinedly Wigan-wards, the referee declared he would abandon the tie unless another could be supplied. Step forward Miners’ prop Ted Lennon. Something of a character, Lennon was also a professional boxer with a penchant for conscripting his rugby team-mates as reluctant sparring partners, and the prospect of an icy dip in the canal didn’t perturb him. Climbing over the fence and diving into the freezing waters he swiftly swam to retrieve the ball and tossed it back over the fence onto the pitch. Remarkably, rather than waiting for the Miners man to clamber back over the fence and return to the field, the referee instead allowed Crosfields to take the penalty whilst Lennon was still otherwise occupied in the canal, and with the man advantage the visitors found the gap to score a converted try and force a replay, 12-12.

Thankfully Miners won the Hood Lane replay 17-8 with tries from Evans (2), Westhead, Gregory and Dowling, Cooke with a drop goal. In the replay the Twist Lane club were able to welcome back player-coach Raines and the 19 year old Tommy Martyn, destined to enjoy a glittering playing career at Warrington and Leigh after signing professionally in 1969. 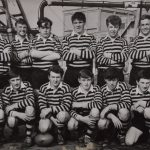 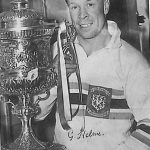