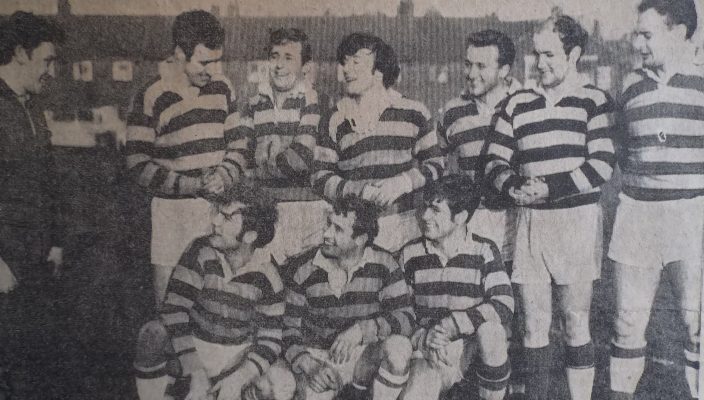 As we prepare for our golden jubilee in 2016 we take a look back at some of the most memorable events over the last fifty years. We start things off with our first Challenge Cup tie against professional opponents, on 3rd February 1968 against Halifax. The club had reached this stage in just their second season of existence, making Miners the ‘youngest’ club ever to reach the first round proper, and the qualification route had been an arduous battle of six matches before they entered the main draw, seeing off Leigh B (42-22), Royton (21-10), Saddleworth (16-2), Crosfields Recs (31-0 in a replay after a 5-5 away draw) and finally Langworthy Juniors (5-4).

On reaching the first round the challenges became logistical rather than on-pitch matters, as the team were drawn at home to the previous season’s championship runners-up Halifax but – in a scenario which will be familiar to club followers of the present day – Twist Lane was deemed unsuitable to stage the tie and with Leigh drawn at home to Warrington, it meant that Miners were forced to concede home advantage and travel to Thrum Hall. The team also had to step up their training preparations, with Leigh kindly allowing use of their training facilities whilst a new playing kit also had to be sourced and, when news of this plight was broadcast in the northern press, a Leeds supporter rode to the rescue by commissioning Arthur Clues Sports Centre to provide the new strip.

With these preparations being taken care of by indefatigable club secretary John Norris and treasurer Eric Ratcliffe, the playing business was in the hands of trainers Rod Raines and Derek Standish, and in our man picture Standish (standing, left) addresses his troops in the week building up to the game. The team are (standing, left to right) – Derek Standish, Jim Gaskell, Harry Westhead, ‘Jub’ Barlow, Eric Gregory, Ray Evans, Barry Bardsley (kneeling, left to right) – Mick Cox, John Dowling, John Cooke.  Standing in their way was a Halifax side containing the likes of international stars Charlie Renilson and Colin Dixon, and who had further underlined the gulf between the sides by signing Bill Kirkbride from Workington for £6,000 in the week leading up to the tie, the transfer beating the deadline and allowing the future Lance Todd Trophy winner to debut for Fax in this game.

It was a gallant effort from the Leigh side who lost the toss and would have the sun in their eyes in the first half. However with John Cooke’s kicking pushing Fax back into their own half it was the amateurs who had the first chances, Cooke narrowly missing with a penalty and a drop goal attempt and then both John Murray and Mick Cox held just short of the line. The visitors received a further fillip when Halifax fullback Ronnie James, their regular kicker, was forced from the action hors de combat with a dislocated shoulder, but on fourteen minutes the professionals made the breakthrough, Stuart Kelley spotting the gap and darting through for a try improved by David Jones. Within minutes the advantage was doubled as Renilson found a gap near the corner and charged in, Jones again with the extras. Jub Barlow made a fine covering tackle to deny David Rayner on a breakaway but a double fumble by Dowling and then Barlow saw Gordon Baker with the easiest of tasks to scoop the ball up and dive over the line. Miners though had a response before the break as Alan Kedwards took play deep into Halifax territory with his kick spilled by the home defence and Jim Gaskell swooping in to score to leave the half-time deficit 13-3.

Halifax pushed their noses further ahead early in the second half as Kirkbride announced himself to his new supporters by scattering the defence and putting Dixon in for the unconverted try, but Halifax couldn’t shake off the tenacious Miners who showed enthusiasm in defence whilst the running battle at scrum-half between Dowling and Baker was one of the most intriguing of the game. Cooke narrowed the deficit with a penalty and Ray Evans had the visiting fans in full cry as he broke clear but was halted just short. Another Cooke penalty with just over twenty minutes remaining put the score to 16-7 and Miners were dominating the scrums in the second half as a comeback appeared tantalisingly on the cards, but ultimately the size and experience of the Halifax team proved pivotal and with ten minutes remaining Kirkbride crowned an impressive debut as he blasted through from twenty yards out to score. Jones added the goal and with minutes remaining his fellow debutant Rayner also had a maiden try with the final meaningful act of the game to make the final score 24-7.

Beaten but unbowed, Miners earned tremendous praise from Halifax trainer Stan Kielty, who commented “We are still trying to figure out just what hit us. Leigh Miners have the best junior side I have ever seen. I expected a hard game but I never thought we would be so hard-pressed as we were.” Miners treasurer Eric Ratcliffe hailed his team and “a terrific display. It was a wonderful effort. At one stage it almost looked as if we were going to upset all the odds.” 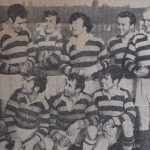 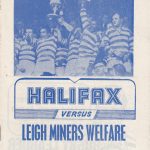 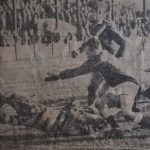 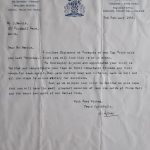 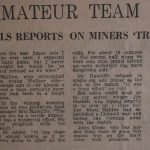 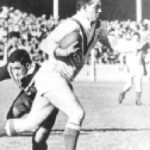 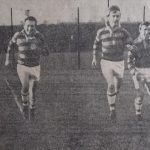