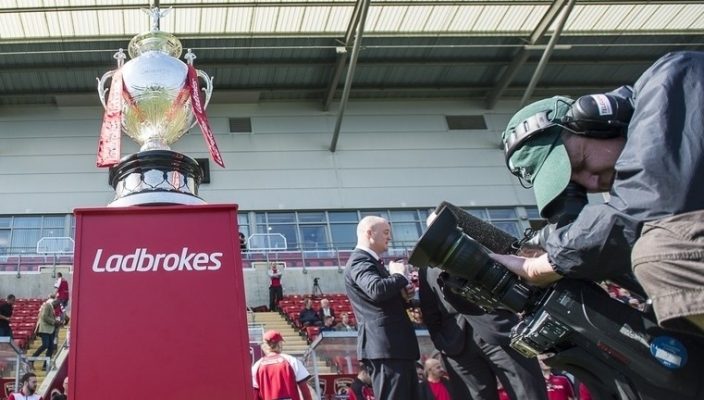 The BBC have confirmed that they will be showing our first round focus tie of the Ladbrokes Challenge Cup against local rivals Wigan St Patricks this Saturday (January 28, 1.00pm).

This is the first time that a fixture in the opening round of Rugby League’s oldest competition has ever been broadcast live, and emphasises the commitment of the BBC to the competition. The BBC Sport website will broadcast a game from rounds one to five, with two games per round being shown live on BBC TV from round six onwards.

This game is also a momentous occasion for new Miners coach Jason Seddon, who will lead his side for the first time in Saturday’s game. “It’s a superb fixture to be involved in at any point in the season, but I suppose all factors considered, and with it being my first game, it does add to the occasion,” Seddon told the Leigh Journal. “We hope there will be a good crowd on, which is likely given it’s a local derby, and it’s a great opportunity to showcase the club, promote our generous sponsors, who support us year on year, and put a fantastic day on for all our members, both on and off the pitch.”

Alongside this, Ladbrokes, who are the official sponsor of the competition, will be adding their own theme to the ground on match day.

The betting company will also be providing free standing branding, which will be placed in the club house, for post-match interviews and their own external PA system and announcer.

The game will also see a Super League official take charge, with Scott Mikalauskas officiating this first round tie.

Fans wanting to watch the game live on Saturday can watch via the BBC Rugby League site.

« Because of Rugby… #JoinOurTeam Excitement Builds for the Challenge Cup Game »