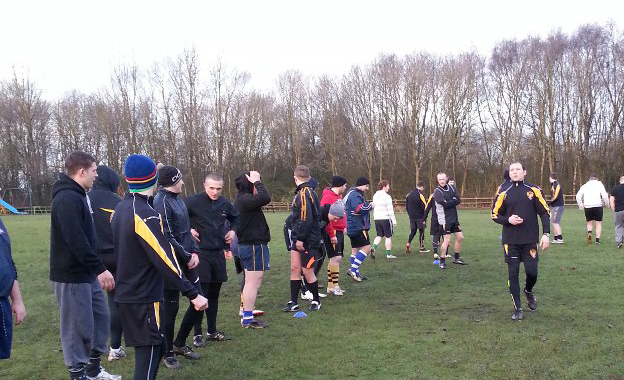 Leigh Miners Rangers are pleased to announce the return of Phil Marsden of Wellness Strength Training Ltd.
Phil is no stranger to the club and was instrumental in helping the club in their past successes including the 2015 Treble winning season and rejoins as Strength and Conditioning Coach.
The appointment is a part of the clubs new restructuring that will reveal further additions in the coming weeks as the club prepares for the return to the National Conference Premier Division and expansion of the girls and women’s section.

“After 3 seasons away, I am really pleased to be back at Leigh Miners Rangers as the conditioning coach. I have many great memories from the 4 years I was with the club previously in the same role from 2012 to 2015, which ended brilliantly with the 1st team doing the treble in 2015. Unfortunately, after the 2016 pre-season I needed to step away as I could no longer commit the time needed to do the role properly. After being approached to take up the role again this year, I am excited to get back involved and looking forward to working with the open age and under 18’s coaching staff and players implementing warm up, injury reduction, conditioning, acceleration and agility drills as part of their field sessions plus providing information on recovery and pre training/game preparation”.