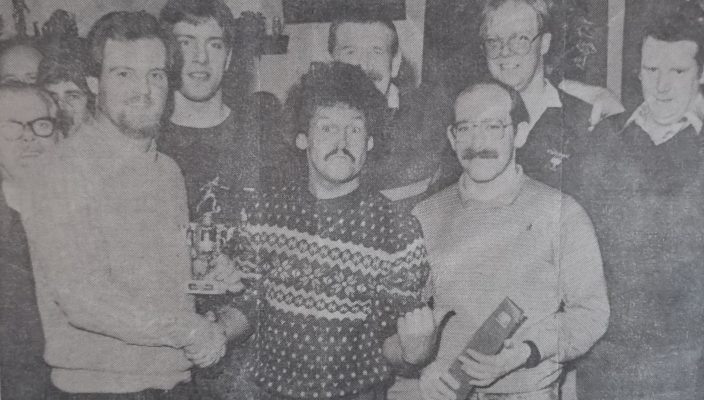 Other clubs might have lifted the famous silverware more frequently, but Miners have always enjoyed a strong affiliation with and affection for the BARLA National Cup. In no small part this dates back to the success in the inaugural tournament in 1974 but there is perhaps more to it than this. The move to Blackpool as the host for the final and the attractions of a late spring weekend in the Fylde coast fleshpots undoubtedly plays its part, whilst the honour of being crowned amateur champions and the unique Wilkinson Sword man of the match trophy cannot be underestimated. But perhaps in the first decade or so of the competition, before the advent of the National League in 1986, it was the appeal of visiting and hosting far-flung opponents from the exotic outposts of Wakefield, Hull and Whitehaven – and occasionally from even further afield. Players of today are accustomed to criss-crossing the country on the M62 and M6 on a fortnightly basis but back in the 1970s and 1980s trips across the Pennines were rare and alluring ventures into the unknown.

Some of Miners’ most memorable games from that era weren’t just limited to showpiece semi-final and final appearances. The young side of 1985-6 – the last season before the formation of the National League – reached the semi-final against Millom where a team including Winston Sarsfield, Neil McCulloch and Ivor Owen and bolstered by the experience of Jimmy Reynolds lost 15-14 in front of a huge Coronation Field crowd. The following season though brought utter humiliation with one of the most embarrassing results in the club’s history as the students of Leeds Polytechnic triumphed 24-19 in the second round. Even the all-conquering team of the early 1980s weren’t immune to cup scares and upsets, perhaps not least being an encounter with Bobby Ball, the moustachioed half of TV double act Cannon & Ball, in a first round tie at Milnrow in late February 1984. In a quagmire in the South Pennine foothills Miners just edged past their opponents 18-16 and in the after-match ceremonies at Milnrow’s Wheatsheaf Hotel Ball himself, seemingly wearing his Christmas jumper deep into the depths of February, presented the man of the match awards to the home side’s Nigel Crabtree and to Miners’ Alan Marsh.

Alan’s reward for a typically-feisty display at scrum-half had been a Whitbread tie but nine months earlier Steve Nixon had received a far grander memento for his starring role in the Blackpool showpiece as Miners defeated Lock Lane 12-8 to lift the trophy for a second time. The Miners’ fullback was named the Wilkinson Sword man of the match and received the daunting ceremonial sword as his reward. 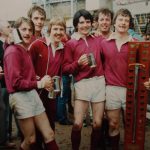