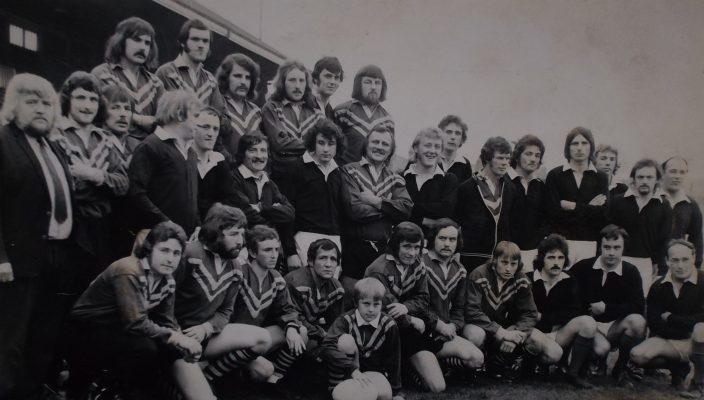 …An Uneasy Truce. Whomever suggested staging this 1970s joint team photograph of Miners and Latchford Albion was taking their life in their hands as these two clubs, who contested the inaugural National Cup Final in 1974, were bitter rivals throughout the decade. The photoshoot passed without incident, although castor-oil smiles, suspicious glances and general discomfort appear the order of the day, with only Rod Lewis and his Latchford counterpart standing centre seeming as though they genuinely enjoyed the experience.

All this and much, much more will feature in our fiftieth anniversary book to be published next year – full details announced through our website in the coming weeks!