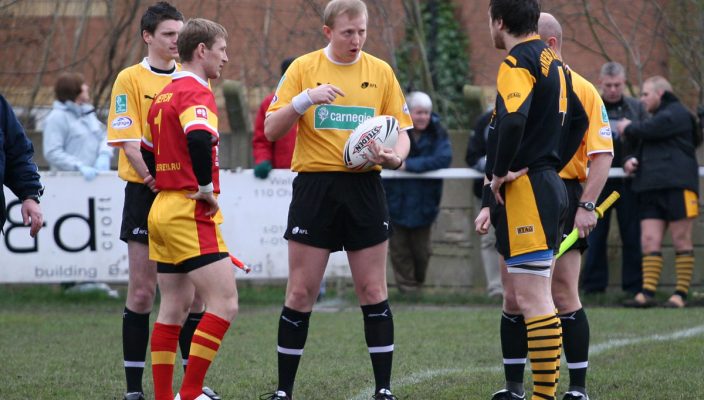 The Russians came to town. Relations between east and west at present might be reminiscent of the early James Bond stories but in February 2008 there was a distinct air of glasnost as Miners Rangers prepared to host Russian league runners-up Vereya in the second round of the Challenge Cup. The game’s premier knockout competition had a a pan-European feel to it at this time, with sides from France and Russia involved in the second and third rounds, and after beating Simms Cross Miners were handed an enthralling tie against the team from south of Moscow.

The Bears, who had enjoyed a whistlestop tour of England prior to the game accompanied by the ubiquitous Maurice Oldroyd, were coached by the godfather of Russian rugby league Edgaras Taturyan and had a number of internationals in their ranks, but they were very much an unknown quantity. However the club had pulled out all the stops to make their visitors feel at home, with the Twist Lane clubhouse festooned with Russian flags, and a big crowd was attracted by the unique sense of occasion.

In the event the game itself was something of a non-event, with a high-flying Miners side far too strong for their outgunned opponents, who hadn’t played a competitive fixture since the previous October. Miners scored twelve tries in total, John Woods was selected as man of the match thanks in no small part to a hat-trick of tries inside the first quarter, with Mark Jones and Simon Hartley also on the scoresheet in this period before substitute Tom Eckersley scattered the defence to score under the sticks, and with another of the game’s top performers Martyn Ridyard adding four of his eventual eight conversions, Miners were already through before half-time.

Vereya did show some enterprise with ball in hand, particularly through halfbacks Alex Lysokon and Igor Czupryn, whilst fullback Eduard Ososkov had a fine game. And it was Lysokon who made the breakthrough before half-time, stretching over for a try that he improved himself to notch up his 800th career point for Vereya.

Into the second half and Miners continued to turn the screw. Aaron Gorton backed up a Chris Humphrey and Hartley break for another try, before Liam Coleman snatched a quickfire double. Ridyard grabbed a thoroughly deserved try of his own and Humphrey was again instrumental to send Hartley in for his second. And Martin Lewis concluded the home scoring with a try set up by Woods and Jones. Vereya though had a deserved last word as winger Zakir Pryznyakov showing a clean pair of heels to scoot in from 30 metres out for a converted try.

A truly memorable set of after-match presentations, fuelled by the enthusiastic Vereya team manager Sergey Kashutin and a liberal supply of vodka, saw the teams swapping shirts, ties and a whole host of memorabilia before the Russians departed to a round of applause and well-wishes.

Whilst their days in the Challenge Cup are no more, Vereya remain a force in Russian rugby league, claiming the league title in 2014 and being beaten in the Grand Final by Lokomotiv Moscow in May this year. 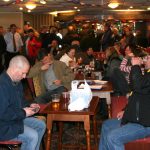 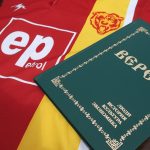 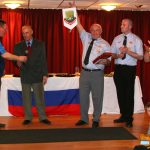 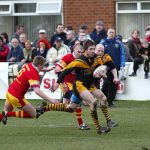 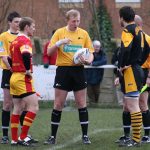 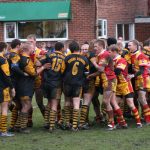 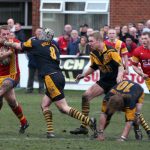