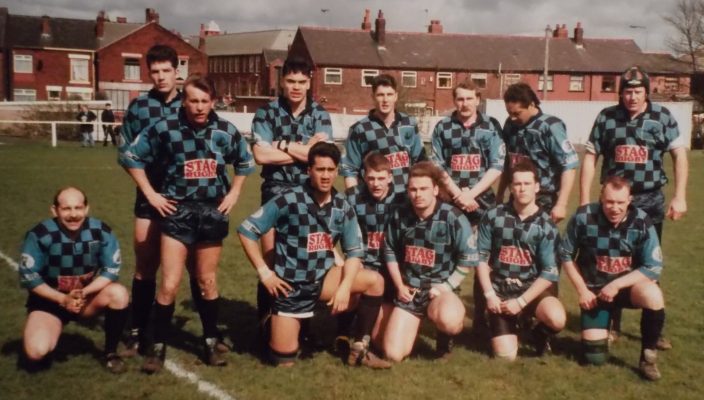 There have of course been many occasions over the years when familiar faces – including some club legends – have turned out against Miners in the colours of other clubs, but certainly the strangest of those occurred towards the end of the 1993-4 season when Nottingham City arrived for their first and only visit to Twist Lane in the National Conference League. The previous season the RFL under the stewardship of Maurice Lindsay had introduced relegation to the Conference from the professional ranks on a one-off trial basis, with three clubs dropping down from the Second Division into the amateur ranks, and whilst Chorley Borough thrived in the new environment and ultimately plotted a course back into the professional game, Blackpool and Nottingham sank without trace.

By the time our visitors arrived at Twist Lane they were already destined for a second successive relegation and perhaps unsurprisingly their players, drawn largely from the handful of junior clubs in Nottingham and bolstered by some Antipodean imports, had lost much of their appetite for the cause and it was a bare ten men who made the trek north to face a Miners side themselves not setting the world alight in mid-table. Cue some quickfire recruitment and three Miners players volunteered to sign on as temporary Nottinghamshire men, with Mark Lang, Ian ‘Scouse’ Cummins and third team coach and future Hall of Famer Alan Marsh pulling the boots on once again, nearly a decade after his last first team game. The new recruits certainly helped the Nottingham cause as they forced Miners to battle hard for a 38-18 win, much to the annoyance of coach Norman Turley. After the match the trio were even included in the match fees doled out by the Nottingham club officials, although Alan recalls Miners’ secretary Bob Dowling being swift to confiscate their share of the spoils to go into the club funds.

Given the strict rules on registrations and transfer deadlines such a scenario could no longer happen, or else we might have seen a repeat when the Saddleworth Nine rode into town back in 2011. Likewise the situation of 2002-3 could no longer take place, when loose-forward Ian Hodson starred for Miners on his return to his amateur club from Leigh Centurions, taking the man of the match award as we beat champions West Hull in the second round of the Challenge Cup, only to feature in the third round against Miners for his new club Chorley Lynx as they toppled us at Victory Park two months later. 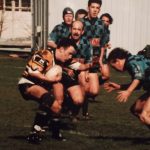 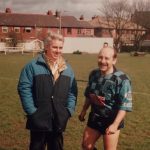 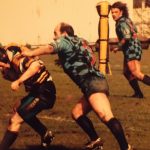 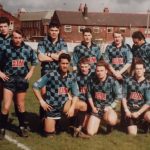 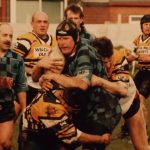