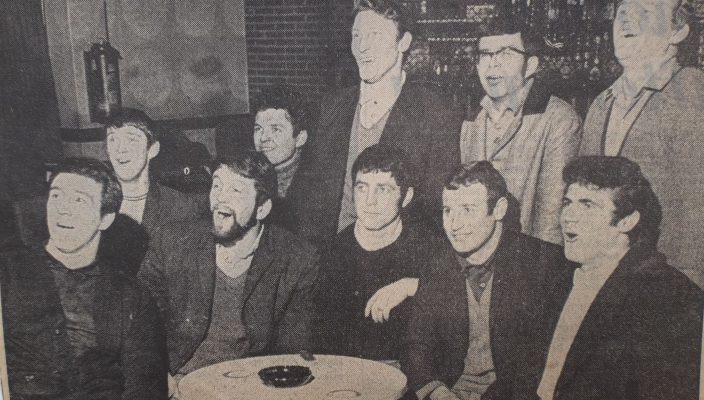 …Hospital Can Wait. A year on from their Challenge Cup exploits against Halifax and Miners again battled their way through to the Challenge Cup first round proper, and this time the opponents lying in wait were of a different calibre altogether as the mighty Wigan at Central Park was our fate. The Miners players greeted the news with euphoria but there must also have been more than a little trepidation although secretary John Norris put a brave face on things in the newspaper interviews as he wryly speculated that Wigan might follow the example set by Miners’ previous opponents Woolston, who had forfeited their match at half time when trailing 16-0 as adverse weather conditions set in. Whilst the previous year hadn’t been a vintage campaign for the Riversiders this still represented an enormous challenge for the amateurs, and entailed some last minute rescheduling for coach Rod Raines, who postponed his hospital appointment for abdominal surgery by 24 hours to allow him to take his place in the dugout for this Friday night encounter having previously missed the trip to Halifax in 1968 owing to the same complaint. Rod had uncompromisingly warned the Billinge Hospital staff that “I will enter hospital on Saturday morning – but certainly not Friday” and the doctors duly bowed to the inevitable.

The pre-match press build up visited the Miners’ team at training under the watchful eye of Rod and his assistant Derek Standish, whilst the team news circulated in the local newspapers displayed a frank fascination with the follicle foibles of fullback Ray ‘Chalky’ Evans who not only had to endure the disappointment of being dropped to the bench but then read of himself variously as being the “21 year old, balding fullback” and a “21 year old who looks like a 31 year old”.

Evans may well have been tearing what little of his hair remained out from the sidelines as Miners not unexpectedly found the going tough against their vaunted opponents, who won 61-0. Former Wales RUFC and British Lion Keri Jones scored four tries on the wing, with Great Britain hooker Colin Clarke scoring twice. Welsh league international Bill Francis and back-row Geoff Lyon also scored two tries with stand-off Cliff Hill, Johnny Jackson and Peter Rowe also crossing the whitewash. Great Britain star Eric Ashton was player-coach of the Cherry and Whites at the time and although he didn’t add to his try tally he did kick eleven goals on what was his 34th birthday. Miners earned plenty of plaudits though, with Rod Raines justified in deferring a hospital operation in order to take his place in the dugout, and a crowd of over 9.000 exceeding all of the other ties that weekend. In the words of Wigan Observer reporter John Benn “the Miners went into their big night with the bravado of doomed martyrs. They came off to a generous ovation looking as dazed as if they had been buried by a ton of concessionary coal.”

After the game Wigan presented Miners with this unique pennant which still hangs in the Twist Lane clubhouse, one of only two in existence – the other being held in Australia to commemorate a previous Wigan tour.

The teams for this game were :- 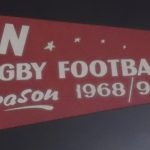 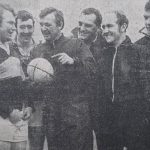 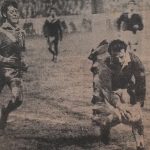 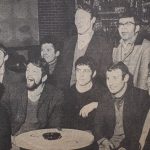 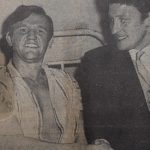 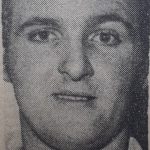