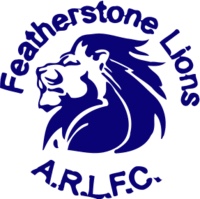 Leigh Miners entertain Featherstone Lions on Saturday in Round 3 of the Kingstone Press Cider National Conference League Division One season, kick off 2-30pm at Twist Lane.

Miners go into Saturdays game on the back of a week off after last weeks game at Shaw Cross was postponed due to the bad weather, although nothing can be done about waterlogged pitches the players where disappointed not to be playing as they was looking to build on the 24-8 opening day home victory against Pilkington Recs a fortnight ago.

Training as gone well this week with all the lads working hard ahead of what they know will be a tough game against a big Featherstone outfit. With the grounds still being heavy at this stage of year it will be a case of rolling the sleeves up and getting stuck in again, with Miners being confident that if they produce the same sort of performance that they did in the opening game of the season they will pick up another important two points.

Coach Dave Rowlands makes two changes from the side that beat Pilkington Recs a couple of weeks ago, with Brad Hargreaves who scored four tries on his return from suspension for the second team last weekend and Mick Govin replacing youngster Calum Coleman who drops back to the u18s and Todd Fenlon.

On the game against Pilkington Recs a couple of weeks ago, coach Dave Rowlands said “ I thought it was a great first proper test for us to see were we was up to as a group.”

“Pilks beat us home and away last year and finished above us in the league so we’re favourites on the day, but I thought on the day we were outstanding across the board and the pitch if anything was a leveller and suited them.”

“We have massive competition for places this year, the best I’ve seen it for a wile and lads have been told if they play well there staying in regardless of who is missing out.”

Looking ahead to this weeks game against Featherstone Lions, Rowlands added “Featherstone are another unknown quantity to us really, we’ve watched the game from Saturday between themselves and Lock Lane but you can’t really take a lot from the game because of how bad the conditions were.”

“They look like a very big set in the middle who seem to stay in games until the end, so It’s going to be a tough game but we are really looking forward to the challenge.”

Featherstone Lions make the journey over to Leigh in a confident mood having beaten local rivals Lock Lane 14-8 last weekend, The Lions taking the spoils late on thanks to a try from Ricky Williams in a game that was played in atrocious conditions in front of the Tv cameras on FreeSportsUK.

Leigh Miners second team are away for the third successive week on Saturday when they take on Rochdale Mayfield in the league (NWML Division 1), kick off 2-30pm at Mayfield Sports Centre. Last weekend Lee Pugsley’s troops picked up there first league win of the season with a 44-10 at Pilkington Recs.

The u18s are at home again on Sunday against Wigan St Pats in the league, kick off 12-30pm at Twist Lane. The young Miners go into this weeks game on the back of a 16-0 first round derby victory against local rivals Leigh East last weekend.