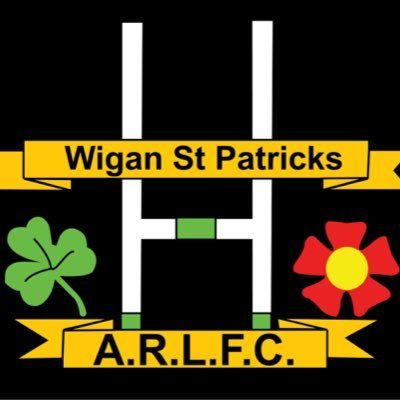 Miners go into Saturday’s encounter on the back of their first away win of the season last weekend at Myton Warriors, winning 24-16 in what was probably the best team performance of the season. Although that sort of performance was to late with relegation already confirmed the week before, going forward there was plenty of positives to take from this game, none more so than having nine lads under the age of 20 playing in the side.

This week Miners will be looking to build on last week’s performance and finish on what as been a very poor season for the club on a positive note with a victory, if Miners are to get the victory they know that they will need to be at there best against a fired up St Pats side who themselves need to win to be sure of survival.

Coach Dave Rowlands who in an ideal world would have liked to have kept the same seventeen after last week’s performance, is forced into making seven changes due to holidays and injuries. Missing from the win at Myton are Will Ashworth, Louie Brogan, Robert Crompton, Martin Gray, Brad Hargreaves, Owen Johnson and Dave Rowlands, coming into the side are Tony Doyle, Jake Ellis, Ben Grimshaw, Elliot Liku, Andy Philbin, Jack Reynolds and Josh Ward.

“With a few regulars being involved on Alliance team duty we had a very youthful team with six under-18s, that enthusiasm and energy was shown in abundance in what was our best performance of the season.”

“The display gives a lot of encouragement for next season as most of the youngsters will be coming up to open age next year and will be integral parts of our team, mixed with the experience of the senior players.”

On this week’s game against Wigan St Pats, Rowlands added “On Saturday we have a good stage to perform on as we bid to end the season with another positive display against our oldest rivals.”

“There is a lot at stake for St Pats and whilst they are in the box seat to stay up they won’t be wanting to rely on results elsewhere.”

“From our perspective we don’t want them to claim that record of unbroken top flight membership outright.”

“So we will be doing our best to get the result which will end our season with a boost regardless of what implications it may or may not have for our visitors.”

Wigan St Pats go into Saturday’s game on the back of a heavy 60-8 home defeat against Thatto Heath Crusaders last weekend and with both Pilkington Recs and Skirlaugh both winning, the battle to stay up goes down to the final game of the season.

A win for John Ellis men against Miners will guarantee there safety and give them the honour of being the only amateur club to have played in the top division of the National Conference League since it began in 1986, whilst a defeat and a win for either Pilkington Recs or Skirlaugh could see them relegated and lose that honour like Miners have done this season.

Leigh Miners second team and u18s both have a free weekends.

Leigh Miners Ladies are away on Sunday against Batley Bulldogs in the league, kick off 2pm.