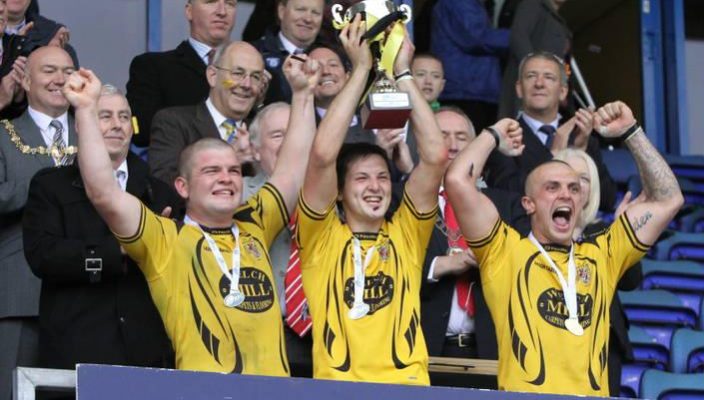 Miners Rangers lifted the inaugural Conference Challenge Cup with this nailbiting win over a gallant Egremont side at the Halliwell Jones Stadium. What had appeared to be a routine win for over an hour turned into a frantic finale as a remarkable Egremont comeback hauled them from 26-0 down to 26-24 with five minutes remaining before Miners’ hat-trick hero Martin Lewis ensured the Leigh side’s name on the cup.

Martin Lewis out jumps the Egremont defence.
Lewis was only playing on the wing in the absence of John Woods and Jonny Carroll, with Aaron Gorton coming in to the side and Danny Jackson passing a late fitness test to start in the back row. Egremont, pushing for promotion in Division One of the NCL and having beaten Siddal and Wigan St Patricks to make the final, had their young star Adrian Leak on the bench and the talismanic John Paul Brocklebank at stand-off.

The forecast rain largely held off as the first of the day’s finals kicked off, with both teams receiving tremendous vocal backing from their supporters. After a tight opening it was Miners who made the breakthrough with the first incisive play of the match, Ross Bradley breaking down the left and kicking over the top for Scott O’Brien to win the chase and gather the ball, and although the Miners’ captain slipped he was able to offload to the supporting Bradley who dived over the line, Jonny Youds goaling. Egremont responded strongly and enjoyed good spells of pressure on the Miners’ line but couldn’t make the breakthrough as some tremendous defensive work held them at bay, and when Miners exerted some pressure of their own they extended the advantage as Youds landed a penalty after Gorton had the ball ripped from his possession.

Once again it was Egremont who sought a response but again the Miners’ defence held firm, Youds imperious under Brocklebank’s testing kicks and Danny Jones, Darryl Kay and Lee Gittins leading the defensive efforts. On the half hour and Miners struck again, Josh Ward – on for the injured Bradley – launching a tremendous forty-twenty and from the scrum the ball was spread right by Youds and Gittins for Lewis to cut back inside and score his first of the game, Youds with the conversion. Two minutes before half time and Miners had what appeared a commanding 20-0 lead, O’Brien kicking crossfield on the last tackle and Lewis soaring to collect the ball two-handed and dive over the line, Youds with the goal to round off a very satisfying first half.

Miners appeared to have one hand on the trophy and the opening stages of the second half did little to suggest otherwise. Liam Coleman made a fine break down the left from half-way but from his pass Sean Pendlebury was tackled into touch twenty metres short. On the hour though and the lead was further extended, Egremont losing the ball on half-way and Gittins scooping it in and running clear. Although he was ankle-tapped short he managed to get the ball away for the supporting Gorton to finish under the sticks and 26-0.

Darryl Kay & Lee Gittins with Scott O’Brien who lifts the cup
Even when Egremont did finally break their duck, with Gary Elliott slicing through and Brocklebank goaling, it appeared no more than consolation for the Cumbrians. However an utterly incredible ten minute spell saw Egremont score three more tries to narrow the gap to two points, in the blink of an eye. First the impressive Leak produced a fine drop-off pass and Brocklebank ran the angle to perfection to dive over the line for a six-pointer. Three minutes later and the belief in the Rangers’ ranks increased as they pounded at the Miners’ line, James McDonald burrowing over from acting half, and with five minutes remaining they had almost completed the mother of all comebacks as Richard Farrer blasted through on the last tackle and just managed to ground the ball. Twenty four points in eleven minutes of madness had Miners reeling but they held firm and on their next attack they finally settled the game, O’Brien kicking into space down the right and Lewis beating his man to slide in and score at the corner, Youds with the excellent conversion to finally kill off the Egremont challenge and secure Miners’ first finals win in seven years. 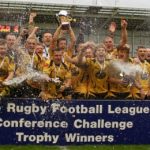 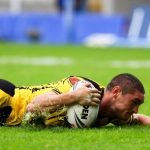 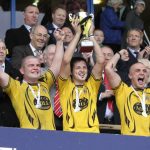 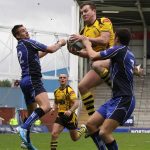 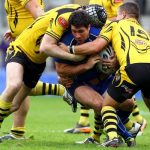 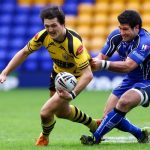 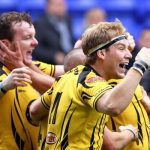 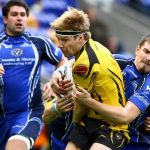