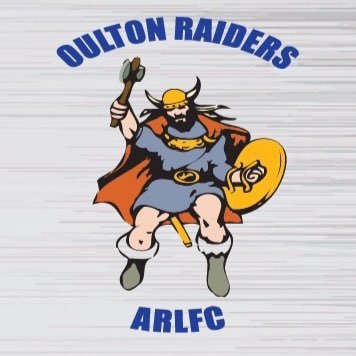 Leigh Miners are back on home turf on Saturday when they take on Oulton Raiders in Round 9 of the Kingstone Press Cider National Conference League Division One, Kick off 2-30pm at Twist Lane.

Miners go into Saturday’s game on the back of a high scoring 40-34 victory away at York Acorn last weekend, after starting the game very slowly and finding themselves 12-0 down Miners worked their way back into the contest with tries from Tom Farrimond, Frankie Halton and Jack Reynolds to lead 16-12 at the break.

The second half started like the first with Miners being half asleep and conceding two tries to see them behind 24-16 on the scoreboard, but credit to the lads they again battled their way back into the game with tries from Louie Brogan and Joe Connor who scored two and was very influential in the second period. A Brad Hargreaves try sealed the win for Miners which moved them up into third position on 10 points in Division One, two points behind current leaders Thornhill Trojans.

Ahead of this weeks game against Oulton there as been plenty of work in training on defence after conceding way to many points last week at York, the lads know they need to tighten up defensively against what will no doubt be tough game down the middle against a big Oulton pack.

With ball in hand Miners will be looking to continue what they have been doing well over the last few weeks and keep on scoring plenty of points, the pitches are  now dried up and with the weather hopefully getting warmer by the week their can be no excuses as the conditions are perfect for the fast attacking rugby The Miners like to play.

Coach Dave Rowlands is forced into making two changes from the side that won in York last weekend, with Craig Ashall and young Will Bradbury who has been impressing in the second team in recent weeks replacing Chris Bower (dead leg) and Jimmy Tunstall (stag doo) in the seventeen.

Briefly looking back at last weeks win against York Acorn, coach Dave Rowlands said “York are a decent team and they caused us problems in periods of the game, but we reacted really well to the challenges they put in front of us.”

“I still don’t think we are hitting our full straps yet but to win back to back away games without being at our best is encouraging.”

On Saturdays game against Oulton, Rowlands added “We don’t know very much about them if I’m honest, but having spoken to a couple of coaches who have already played them the feedback we got was that they have a very big pack and if you let them near your try line they are very dangerous.”

Oulton Raiders where promoted as Division Two Champions last year and started the season with three wins from four, but they make the journey to Leigh on the back of four consecutive defeats to leave them ninth in the table after eight rounds.

The u18s are at home on Sunday against local rivals Leigh East in the league, Kick off 12pm at Twist Lane.

The u12s girls team are at home in Saturday morning against Oulton Raiders, Kick off 10-30am at Twist Lane.