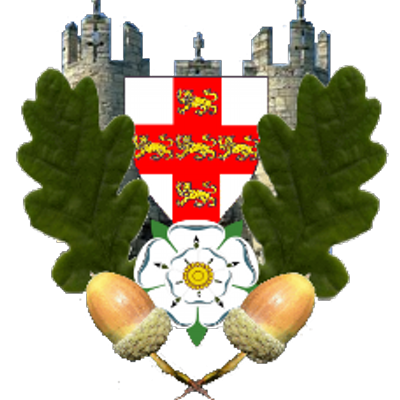 Leigh Miners travel to North Yorkshire on Saturday to take on York Acorn in Round 8 of the Kingstone Press Cider National Conference League Division One, Kick off 2-30pm at Thanet Road.

Miners make the journey over to York having picked up their first away win of the season last weekend at Shaw Cross Sharks, the scores being level at 6-6 at half time with the host saying after the match that the first half was the best they have performed all season.

In the second half after being rather disappointed with their opening forty minutes performance Miners turned the screw and upped the pace of the game, scoring four unanswered tries to take control of the game and lead 26-6. From that early blitz Miners where always in control and although things got scrappy near the end it was a happy bus home after winning 32-16.

This week the lads know they will have to produce a much better all round performance if they want to get the two points against a York side who have a good home record in 2018, but they are determined to get the result that could potentially see them move up into second position in Division One this weekend.

Coach Dave Rowlands makes two changes from the side that won at Shaw Cross last weekend, with Joe Connor and Deakon Monks replacing Craig Ashall (wedding) and Matt Astley (Holiday) in the seventeen.

York Acorn go into Saturday’s clash on the back of two successive away defeats at Thornhill (20-8) and Skirlaugh (25-10) to leave them in sixth position on the ladder, despite not winning away from home this year Acorn have won all four of their home games this season and they will no doubt be looking to keep their 100% record going this weekend against the Miners.

Leigh Miners second team are in action tonight (Friday) against Rochdale Mayfield in the League (NWML Division 1), Kick off 7-30pm at Twist Lane.

The u18s have a massive game on Sunday when they travel to St Helens to take on Blackbrook in the quarter final of the Lancashire Cup, kick off 12pm at Blackbrook Rugby & Recreation club. Both teams are the only remaining unbeaten sides in the North West at this age, so something will have to give as they battle it out for a place in the last four.

Leigh Miners Ladies are away at Wakefield Trinity on Sunday in Round 4 of the Women’s Championship, Kick off 2pm at Sharlston Rovers. Last weekend the Ladies made it through to the next round of the Challenge Cup when they beat Whitley Bay Barbarians 54-4.

The u14s girls team are away at Thatto Heath Crusaders on Saturday morning, Kick off 11am at Close Street.

The u12s girls have no game this weekend.